Healthy, well-balanced meals should be a priority after working out 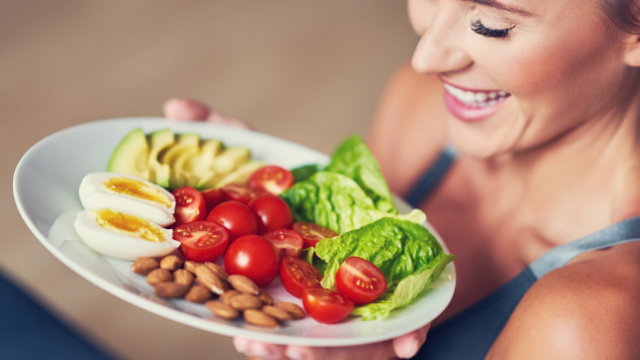 Most serious athletes are aware that healthy nutritional habits should be a part of any complete exercise plan. Training well must be balanced by eating well, or the athlete could be missing out on the maximum physical and mental benefits that this optimal fitness level can bring about.

But one pitfall that some athletes can fall into is focusing too heavily on what they consume before a workout and neglecting the post–workout meal. The truth is that both are equally important, and eating properly after exercise is key to helping the body to replenish its energy stores and regrow muscle proteins that have been lost during exertion. Doing this effectively can lead to a quicker recovery and better preparedness for the next workout, which generally means a lower risk for injury, too.

Below are some tips to guide your post–workout meal so you can maximize your performance with a reduced injury risk:

When you work out, your muscles use up a compound called glycogen, which is a form of glucose that is stored until it’s needed. As a result, your muscles are partially short on glycogen after exercise, and some of the proteins in muscles also get broken down due to exertion. Once your body begins the recovery phase after exercising, it actively works to rebuild these lost glycogen stores and regrow the damaged muscle proteins. Consuming the right nutrients soon after physical activity can accelerate this process and help with new muscle growth. This is why you should focus on getting appropriate amounts of protein, carbs, and fats during this time:

Many athletes use supplements like creatine, protein, and caffeine to build muscle or improve their performance. Supplements may serve a beneficial role for some, but as their name suggests, they should only be used in addition to a well–devised and complete nutritional plan.


In our next newsletter, we look into how a physical therapist can help you recover from sports–related injuries.